Buy me some peanuts and cracker jacks... 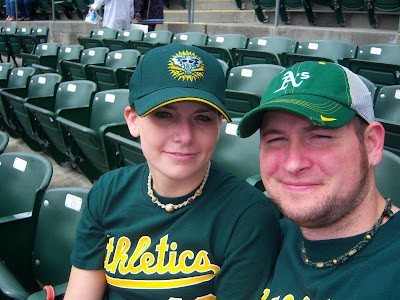 We went to the A's game in Oakland, Ca last Sunday. Mike's job gives all the techs bonuses and his boss saved it all up so we can have a fun time at a game instead of going to the movies once a week or having pizza. Mike got fried on his right side and my arm was pretty burned. I guess we will never learn to put sunscreen on. 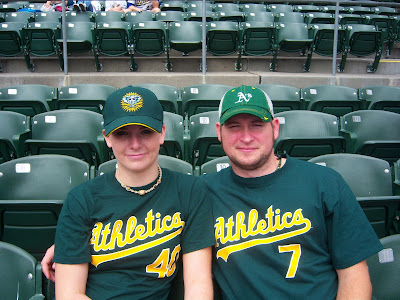 Mike got us these sweet jerseys and hats to wear at the game. We looked so hot. 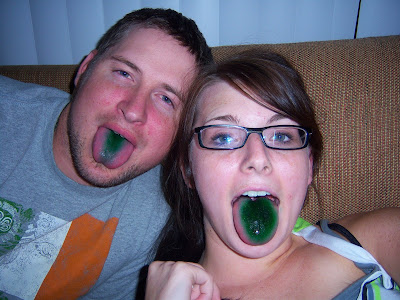 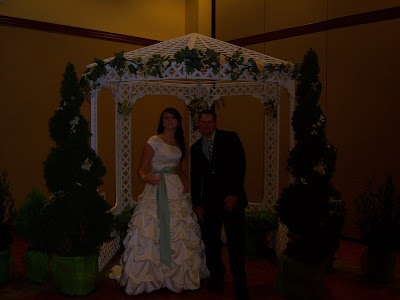 I wish this picture was lighter. This is us at our Oakdale open house. It was really nice. there was delicious food and a pretty good turn out. I am guessing about 100 people came. We scored on gifts too. Oh and I have gained weight since I last wore my dress so every 30 minutes or so I went out into the hall and had my friend Erica unzip my dress so I could take a breather. It sucked I need to lose some poundage before the next reception fo sho! 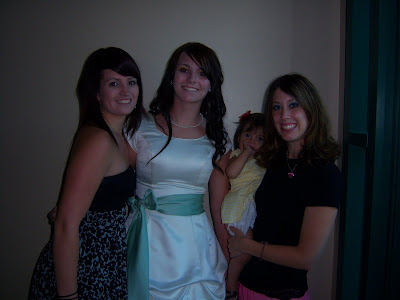 Me, Cass and Erica holding Aiden before it all started. Cassidy did my hair and I did my makeup. My hair was so hot... Thank you Cassidy! 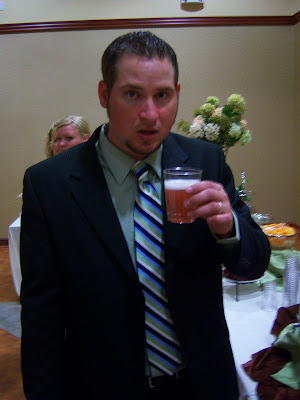 This is the suit we got for Mike. It is really nice and he looks so handsome in it. There aren't many photos in existence of Mike without a hat on people so soak it in. 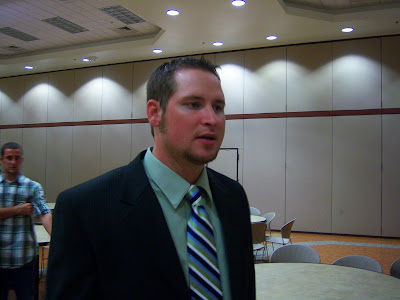 Mike forgot his tie at home so I had to go get another one. I got $5 off because there was a little snag on it and it was the last one of its kind. I think it worked out pretty well 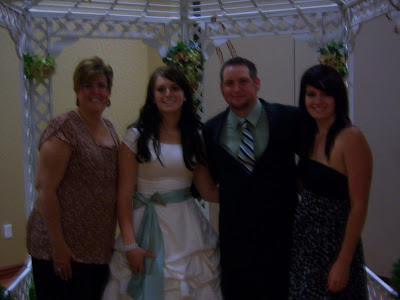 Aunt Nancy, Me, Mike and Cassidy under the gazebo that we were stuck under for almost 2 hours. 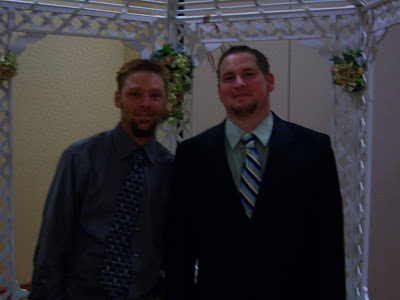 Michael and his older brother Phillip. It was so nice to have all the help we did from Mike's old ward and his family. Everything was done so nicely and so quickly. We also had a projector to play the video Zach made us. 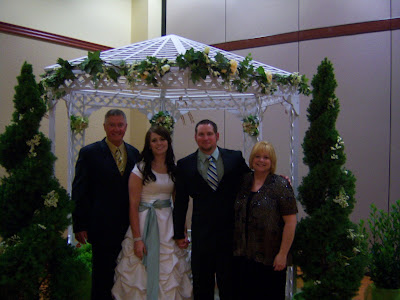 My new father in law Jeff, Me and Mike and his mom Terri.... That was one of the longest days ever!!! I had alot of fun at the reception and thought it turned out SO nice. I had alot of fun meeting all the people Mike has known his whole life and all of his best friends. Even though I can only remember a small handful of them... I will post again soon because Mike and I get to go to his grandparents cabin up in the Sierras for the weekend to get away from all of the worldly things... no TV, phones, jobs. It will be so nice to just have a Bonn fire and relax. Check back soon!

Posted by The Findarle Family at 3:11 PM

WOW! I can't believe I am actually the first one to comment! I don't think that has ever happened. All that waiting on your blog refreshing the page over and over until you posted so I could be the first one really paid off! Baseball games are fun! Especially enjoying them in uniform. Fun dip is fun too especially when it turns your tongue different colors.I can't get over how much I love you and your wedding dress.I hope to make it to your Vegas reception. Now wouldn't that be a treat?!

You look hot and your reception looks like a delight. Also, wearing matching baseball uniforms is so adorable. You should obviously go and have professional pictures done.

The green tongues make you look like you have diphtheria. I can't wait until all the wedding things are over and we can relax! Can't wait to see you in a couple weeks!

You and Mike obviously have very different sucking styles from the patterns left on your tongues. I'll bet that makes for some dynamic (and dynamite) kissing.

If you can get over the diphtheria thing, that is. How does Mom know so much about diseases? And what is diphtheria, anyway?

When I read Mom's comment I thought she said the green tongues made it look like you had diarrhea, I was wondering how the heck she could have come to that conclusion until I read Zach's comment...Duh!

Wikipedia says nothing about diphtheria changing the color of your tongue.

You are hot as usual. Also, Jason HEARTS the A's. He is jealous.